The Peel District School Board serves children age four and older. Courses for adults are also available. Peel has more than 250 elementary and secondary schools. You can find the name and location of your local school by calling 905-890-1010 (or 1-800-668-1146) ext. 2212, or by entering your home address into the Peel School Locator tool. Here are the Top 5 Public Elementary and Secondary Schools in Mississauga as per the latest Fraser Institute School Rankings, where available.

Peel schools accept registrations throughout the year but are closed in July and August.

If your family is new to the Peel region, your child may need an assessment/orientation interview before starting school. You can call "We Welcome the World Centres" to find out more at 905-366-8791.

The Peel board offers three French as a Second Language (FSL) programs - French Immersion, Core French and Extended French. Each of the programs differ in intensity but share a common purpose - to develop students' communication skills in the French language. 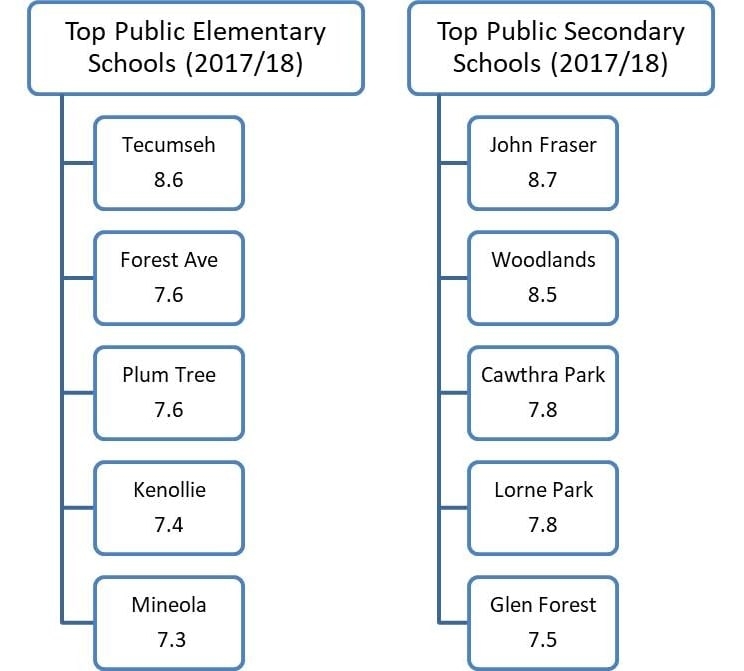 *All efforts have been made to keep the information current and relevant. This page was last updated in January 2019. For additional information and to re-confirm any facts, please call the appropriate School Boards or Schools directly.

Back to Mississauga Top Schools


See what your home is worth!
Type your address below:

Instant update when your neighbours are selling!
Type your address below:
1